After much consideration, I have decided to postpone the 6th annual
Middlebury Summer Chamber Music Festival and reschedule it for next
year, 2021. The new dates will be June 25-27, 2021. The cancellation
is very disappointing! We’ve all been practicing and looking forward
to playing together for months!  But by not getting together, we will
be in solidarity with our global community, participating in social
distancing to slow and decrease the impact of our global pandemic.
Forgoing our festival this summer is the right thing to do.

The Vermont governor’s current plan is to allow events and hotels to
accept reservations starting on June 15, 2020.  The music school has not canceled summer programming at this time.  So at this point, the Middlebury Chamber Music Festival will proceed. The health of our community is a priority and we are monitoring the situation carefully. I will email updates to participants and faculty if there is any change and update this post. Please use the contact form to let me know how you are doing!

Below are the groups and assignments for the Chamber Music Workshop!  Each person is assigned to two groups with two movements to prepare.  To prepare, learn notes and rhythms and listen to as many different recordings as you can while consulting a score.  Links to imslp parts and scores are included below.

Haydn op 33 no 6 Scherzo: Allegretto (possibly other movements too)

Here is a list of accommodations for out of guests near the Middlebury Community Music Center where the chamber music workshop rehearsals will be held:
AirBnB:   From $70. https://www.airbnb.com/s/middlebury–vt/homes?place_id=ChIJfeyr4NRCtUwREs9Nca_bIfE&screen_size=large&checkin=2020-06-26&checkout=2020-06-29&refinement_paths%5B%5D=%2Fhomes&search_type=section_navigation
also In walking distance to the music school:
Middlebury Inn: $140
Swift House:  $200
Inn on the Green: $169
and this new spot overlooking the falls…
http://stonemillvt.com/lodging

The Middlebury Chamber Music Workshop will celebrate its 6th year in 2020.  Workshop dates will be from June 26-28, 2020.  The workshop will be held at the Middlebury Community Music Center. Adult and teen amateurs gather to play quartets coached by visiting professional artist-teachers.  Each participant is assigned to two groups. The repertoire is assigned in advanced and prepared individually by participants then polished with the assistance of a professional chamber music coach.  Visiting coaches and participants are hosted by local participants or stay in local hotels or AirBnBs.

One of the beloved traditions of the Middlebury Chamber Music Festival is the sightreading orchestra party.  Professionals and amateurs sightread string orchestra scores under the baton of Maestro Jon Weber. The event is free and open to all string players!  Cellists, please bring a rock stop as the floor is very smooth.  Everyone, please bring a folding stand.  Come join the fun. Please message Emily if you would like to play and she will assign you a part!

G.F. Handel Concerto Grosso Opus 6, No. 3
Print and number a part from IMSLP.

Leroy Anderson Jazz Pizzicato
Parts will be supplied on the day.

The Middlebury Community Music Center and the Middlebury Chamber Music Festival will be hosting an Intermission Session workshops with Missy White and Elena Urioste from August 25-26 in Middlebury, Vermont.

Melissa and Elena will work with students of all ages on connecting their minds, bodies, and spirits to their music-making through an introduction to yoga. Free. The adult and teen session is for all instruments.  Bring your instrument if you like!

Intermission is a ground-breaking program that encourages a union of body, mind, spirit, and music-making through yoga and meditation.

Melissa White and Elena Urioste — violinists, yoginis, and dear friends — spend much of their lives on the road, performing and jet-setting around the world. Melissa, a first-prize laureate in the Sphinx Competition, has received critical acclaim for solo performances with some of America’s leading ensembles, including the Cleveland Orchestra; the Boston Pops; and the Atlanta, Baltimore, Colorado, Detroit and Pittsburgh symphony orchestras. As a founding member of the award-winning Harlem Quartet, she has appeared in many of the country’s most prestigious venues, including Carnegie Hall, the White House for former President Barack Obama and First Lady Michelle Obama, and the Kennedy Center; and internationally in Europe, Africa, Japan, and the U.K., where the ensemble is currently Quartet-in-Residence at the Royal College of Music in London. The musical versatility of Harlem Quartet has also garnered them an international reputation in the world of jazz and following an extensive concert tour with Chick Corea and Gary Burton, the sextet’s recording entitled “Mozart Goes Dancing” won a 2013 Grammy Award for Best Instrumental Composition.

Elena has given acclaimed performances with major orchestras throughout the United States, including the Philadelphia and Cleveland Orchestras; Boston Pops; New York, Los Angeles, and Buffalo Philharmonics; and the Chicago, San Francisco, National, Atlanta, Baltimore, and the Detroit symphony orchestras, among others. Abroad, she has appeared with the London Philharmonic Orchestra, Hallé Orchestra, Philharmonia Orchestra, Orchestra of Opera North, and the BBC Symphony, BBC Philharmonic, and BBC National Orchestra of Wales. She has regularly performed as a featured soloist in Carnegie Hall’s Stern Auditorium and has given recitals in such distinguished venues as the Wigmore Hall in London, Carnegie Hall’s Weill Recital Hall, Konzerthaus Berlin, and the Sage Gateshead in Newcastle. Recent season highlights have included a recital debut at the Kennedy Center with pianist Michael Brown and three separate concerto and chamber music appearances in Carnegie Hall’s Zankel Hall in the 2017/18 season; upcoming highlights include subscription debuts with the Royal Liverpool Philharmonic Orchestra and the Orchestre National de Lille, in addition to the release of Elena’s second album on BIS Records, Estrellita, a collection of miniatures for violin and piano with pianist Tom Poster.

Melissa and Elena met in 2003 via a combination of ENCORE School for Strings, the Curtis Institute of Music, and the Sphinx Organization. Through their attendance at and performances in affiliation with all three, the two grew to be wonderful friends and natural collaborators. Unbeknownst to each other, Melissa and Elena stumbled upon their respective yoga practices at exactly the same time in two different cities! Upon discovering each other’s new passion for yoga in the autumn of 2009, they added this to their list of commonalities and began to practice together whenever their schedules allowed. Over the past nine years, the benefits that they have both experienced as a result of regular yoga practice have been innumerable, from improved muscular control in their violin playing to an increase in self-discipline to a greater sense of peace with the world around them. Both active teachers within their respective musical careers, Melissa and Elena have often found themselves advising students to employ principles learned in yoga as much as those from their musical studies. The truth is, the two fields are inextricably linked, and out of this realization the idea for Intermission Sessions & Retreat was born.

Intermission encompasses a series of workshops for students and retreats for professionals, all of which aims to explore and celebrate the symbiosis between yoga and music. Through yoga, musicians of all ages begin to build greater awareness of their bodies and learn proper alignment to optimize their musical set-ups, practice mental focus and efficiency, and deepen their connections to their inner selves and, ultimately, to music. Intermission is currently offering capsule Sessions, in which Melissa and/or Elena visit schools, festivals, and other musical organizations to work with students of all ages on connecting their minds, bodies, and spirits to their music-making. Groups are guided through light yoga sequences with an emphasis on preparing the body for instrumental practice sessions or performances: arm and hand stretches to warm and limber the muscles, breathing techniques to relax and center oneself before a nerve-wracking stage appearance, and properly stacking the body from the feet to the crown of the head to achieve optimal posture, to name a few examples. These yoga sessions are then supplemented by instrumental masterclasses, where Melissa and Elena teach with an emphasis on applying what students have learned on the yoga mat to their musical studies. Intermission Retreats are week-long getaways for seasoned professional musicians to come together in a supportive, peaceful, communal setting to practice yoga, hone their crafts, and share creative ideas — basically, an artist colony meets yoga retreat. Both Sessions and Retreats provide the time, space, and guidance for musicians to begin to connect the individual elements of themselves and their music-making into one complete picture.

And finally, a little fun fact: Melissa and Elena both began playing the violin as a result of watching the very same episode of Sesame Street in 1988!

The Middlebury Chamber Music Festival returns for its fifth year in Middlebury, Vermont from June 28-30, 2019.

There will be two opportunities to sightread with our coaches, on Friday evening we will all gather to read chamber orchestra repertoire and then on Saturday afternoon in small ensembles.   Our coaches will offer an intimate open rehearsal performance for participants and their friends and families on Saturday evening.

Each workshop participant is placed in two groups and will study movements of a chamber music works.  Players learn the notes and rhythms, number the measures (starting at 1 at each movement), and listen to recordings before the coaching weekend.  With this practice preparation, when the group assembles, the coaches work to help the players form the ensemble and negotiate interpretations.

The Middlebury Chamber Music Festival is a project of the non-profit Middlebury Community Music Center. 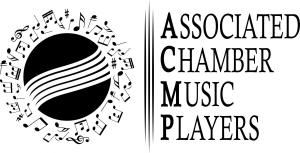 This program has been made possible, in part, with support from ACMP Associated Chamber Music Players.